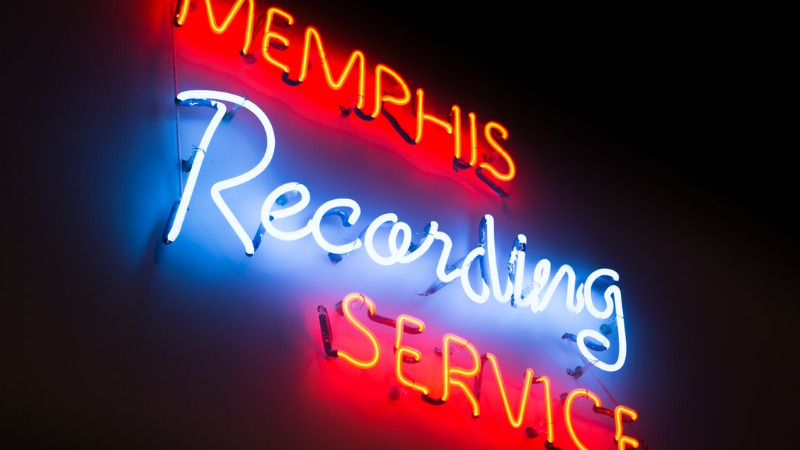 The day in Memphis when the Black Electric Blues sound of the south shook hands with White Country Music and created Rock and Roll, and the man that made it happen.

On Jan. 2nd Sam Phillips opened The Memphis Recording Service at 706 Union Ave. Memphis TN. Although Memphis was a breeding ground for recording talent particularly in Blues Music, there was no other recording studio in town when Phillips opened his. This would prove valuable.

He had already recorded artists that he would lease to other labels like Chess and RPM. Phillips recorded early sides of BB King, Howlin Wolf, and James Cotton as well as what is considered by many as the first Rock and Roll recording Jackie Brenston’s “Rocket 88” on which Ike Turner played on. He was able to produce Blues in a raw feel more so than the bigger urban Studios. He briefly tried to start his own label but it failed after one release in 1950.

Then he tried again this time with the Sun label. The first release with “Drive Slow” by Johnny London in 1953. He continued to be successful in recording the Electric Blues sound Little Milton and Junior Parker. He recorded electric guitars and harmonica at high levels which gave them enormous presence.

He was willing to record guitars that were fuzzy and distorted textures that most other labels would have ruled out. For instance guitarist, Willie Kizart came to the studio with a damaged amplifier that fell from the top of his car. The speaker cone was broken, Sam saw and heard the significance of the broken amp and recorded the session with it. The sound became an important feature in music and for another guitarist.

Along with the Black Blues artist Phillips was also recording Country artists like Doug Poindexter and the Starlite Wranglers. Sun was also visited by a persistent teenager named Elvis Presley. He recorded two songs for his mother’s birthday “My Happiness” and “That’s When Your Heartache Begins”

Start of Rock and Roll

Phillips being the producer who had a keen ability to sense talent, arranged for the teenager to come back and record a session with guitarist Scotty Moore and bassist Bill Black on Sunday, July 5th 1954. The song they agreed on was “That’s Alright Mamma” a ballad that they were jamming to on a break. Phillips heard them and decided to record the song and released it as a single. This would be the start of Rockabilly Music.

From 54 to 55 Elvis Presley would make 5 Classic singles for Sun Records. What had emerged as the combination of Blues, Country, Bluegrass & Gospel to create and established Elvis Presley as The First Rock & Roll Star and Sam Phillips as the genius creator. Phillips would sell Presley’s contract for $35,000 to RCA in 1955. Drawn to Sun by Presley would be Carl Perkins” Blue Suede Shoes” That was Sun’s first #1 Hit

His band featured Roland Janes and piano player Jerry Lee Lewis. Phillips would discover Lewis and record “Whole Lotta Shakin Goin On” Then a number which became huge Hit “Breathless” which was #1 on the charts. Phillips’s reputation for discovering stars brought people like the great Johnny Cash and Roy Orbison and Sonny Burgess to Sun’s doorstep.

The End of an Era

He was responsible for discovering great artists like Elvis Presley, Charlie Rich, Roy Orbison, Johnny Cash, and Carl Perkins, and countless great artists and musicians. His link to Blues, Rock and Roll, and the Sun Studio will guarantee him a place in Music History.