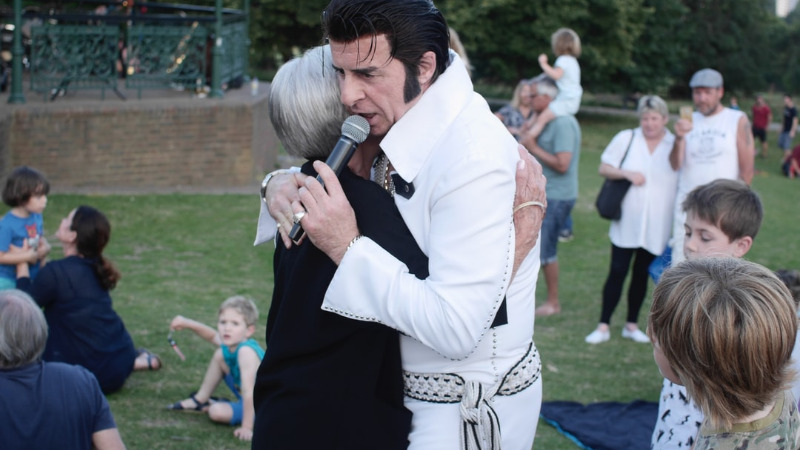 Elvis Week takes place every year in mid-August with nine days of celebrations at Graceland and around Memphis.

Marking the 40th anniversary of Elvis’ return to the stage in Las Vegas in 1969, Elvis Week will feature a concert that reunites a number of the original cast members from Elvis’ 1969 Vegas shows.

The concert will take place at The Cannon Center in Memphis on the 14th of August.

It’s been said that tens of thousands of Elvis impersonators can be found in Memphis during Elvis Week, and the best of the best battle it out at the Ultimate Elvis Tribute Artist Contest.

There’s a whole lot of shaking going on as the contest pits 20 Elvis tribute artists from around the world against each other on the 12th of August. The next day, the top ten will compete again for the title of the Ultimate Elvis Tribute Artist.

One of the most beautiful and touching moments for an Elvis fan would have to be the annual Candlelight Vigil to his gravesite.

The vigil starts at 8.30 pm and can go into the early hours of the morning, to make sure that every fan has the opportunity to pay their respects.

Torches are lit from the eternal flame at Elvis’ grave and then brought down to the street so fans can light their candles from the same flame that burns by Elvis’ final resting place.

After lighting their candles from the torches, fans walk single file through Graceland past Elvis’ grave.

In 2009 the Candlelight Vigil will take place on August 15th.

Conversations on Elvis – The King’s Friends Share Their Stories

As well as the 50th anniversary of the Vegas shows, 2019 marked 50 years since the American Studio session that led to “Suspicious Minds” and “Kentucky Rain” among others.

The American Studio band that recorded with Elvis, and who are now known as The Memphis Boys, will take part in “Conversations on Elvis”, where Elvis’ friends and people who worked with him share their stories and memories of The King.

As well as Graceland and the nearby Graceland Automobile Museum, there are a number of great things to see and do in Memphis, including Sun Studios, the National Civil Rights Museum, Beale Street, and the Peabody Hotel Ducks.

Accommodation at the Heartbreak Hotel also books out in advance for the Elvis Week in August and at Elvis Presley birthday celebrations in January.

With so many Elvis fans in Memphis at the same time, it is a good idea to book Elvis Week tickets in advance to avoid disappointment.