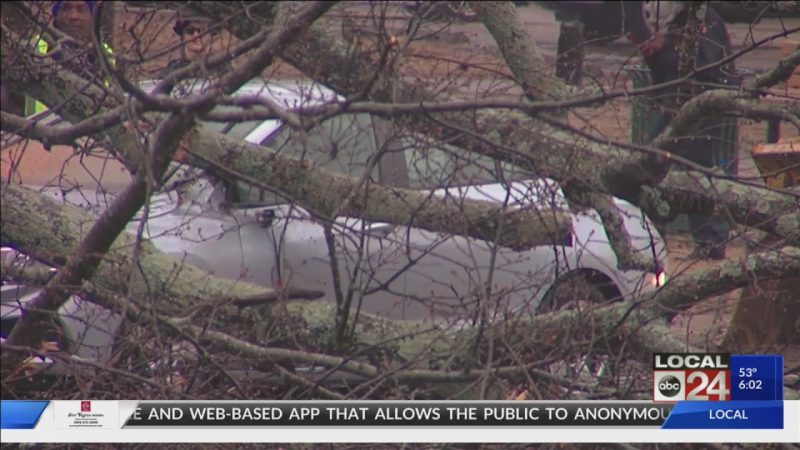 tree falls on car during heavy rain in Memphis