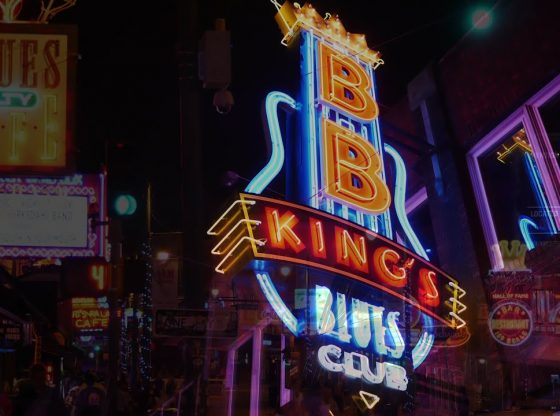 The entertainment district of Memphis, Tennessee, runs along Beale Street downtown close to Mississippi river. The street offer lots of restaurants with primarily soul food ie souther cuisine. Memphis is ”the home of the blues” and that is the dominant style of live music to be enjoyed in clubs along and around Beale Street. At each end of the street you see big gates with the name of the famous street.