Top Things To Do in Nashville, Tennessee | 4K

Home /Tennessee/Top Things To Do in Nashville, Tennessee | 4K 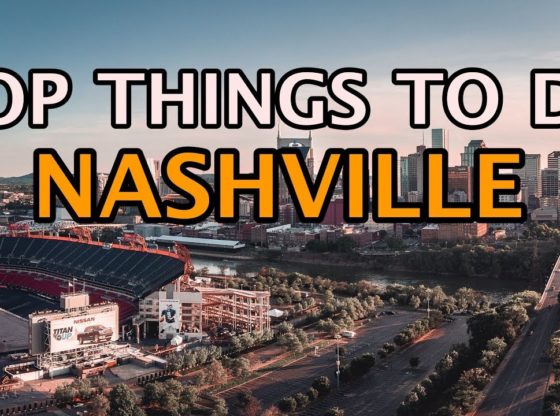 Hey y’all! Today we are in Nashville, the capital of Tennessee and is best known as Music City. Let’s go check out!

The Country Music Hall of Fame celebrates the top country singers from past to present and has shrines of pieces that some of the most famous artists such as Taylor Swift and Keith Urban have worn on stage.

This famous Symphony Center allows guests to experience music of all genres and is home to the GRAMMY Award-winning Nashville Symphony. The venue hosts more than 140 events every year.

Broadway is Nashville’s most happening street where you can catch live music and head to bars owned by some of the world’s most famous country singers such as Luke Bryan, Jason Aldean and Florida Georgia Line!

The Parthenon is found in Centennial Park and is an amazing full-scale replica of the original Parthenon in Athens.

Fort Nashborough represents Nashville’s roots that can be traced back to 1779 when the first American settlements were established along the Cumberland River.

Found along the Cumberland River in downtown Nashville, Riverfront Park is home to some of Music City’s most popular open-air concerts and events.

The Ryman Auditorium is a live-performance venue that best known as the home of the Grand Ole Opry from 1943 to 1974, when the original venue was under construction after a flood.

The Arcade 4:57
The Arcade is a covered shopping arcade that was built back in 1902.

Thanks for watching the top things to do in Nashville! Some honourable mentions of places you don’t want to miss are the Grand Ole Opry which is just outside of Nashville, the Jack Daniel’s Distillery in Lynchburg as well as the murals all over the city. If you like this video, don’t forget to give it a thumbs up, comment and subscribe!

Join Must Do Travels, the largest community of travel enthusiasts from around the world. We’re not just another travel brand, we’re a movement designed to join modern culture with desired destinations. Must Do Travels is inspired by lovers, dreamers and adventures worldwide. Our mission is simple: Do what you want to do. Travel anywhere, anytime – easily.

More info on Top Things To Do in Nashville, Tennessee | 4K