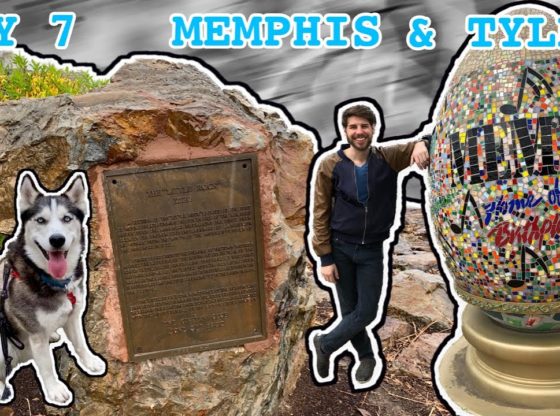 Happy Friday everybody! Today’s video starts off on day seven of our road trip down to Texas. Day one started with us packing up all of our things in Brooklyn and heading to our first stop, Cleveland, Ohio. On day two we explored more of Cleveland and finished the day off in Columbus. On day three we explored Downtown Columbus before heading to our next stop, Indianapolis, IN. On day four we explored Downtown Indy before carrying onto St. Louis; and on day five, we check out St. Louis during the day before stopping in Metropolis, IL and finishing the night up with seeing The Parthenon in Nashville, TN. In last week’s video we explored Nashville during the day before finishing the day up in Memphis, TN. In this week’s video we see more of Memphis before making a pit stop in Little Rock, Texarkana and finishing the night off in Flint, TX. We hope you enjoy coming along with us on our journey across the USA.