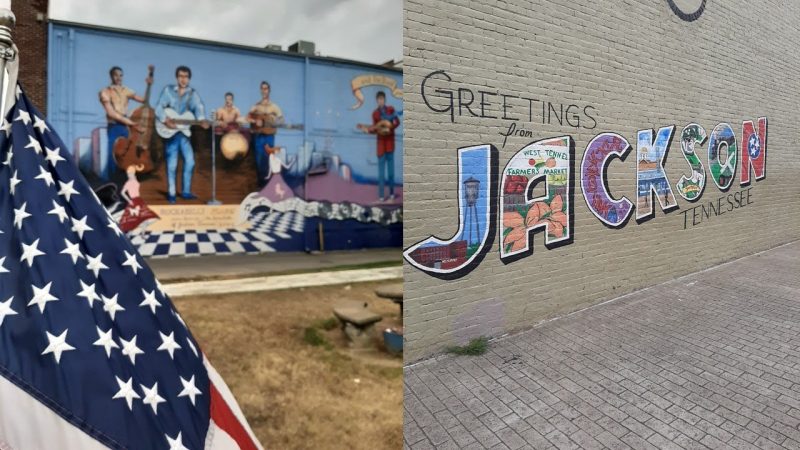 Situated between Nashville and Memphis, Jackson, TN has a rich music history of its own that is worth exploring on any vacation in the Deep South.

Home to Carl Perkins, of Blue Suede Shoes fame, Jackson, Tennessee has embraced its musical legacy with an annual Rockabilly Festival, the International Rockabilly Hall of Fame, a Rockabilly Mural, and a Rockabilly Park.

Situated between Memphis and Nashville on the Tennessee Music Highway, better known as the Interstate 40, Jackson may not be as well known on the international tourist map as its neighboring music cities, but there are those who consider Jackson a destination in itself. Every year Rockabilly fans from around the world head to Jackson to enjoy a holiday surrounded by like-minded individuals who like to live life to a rock and roll beat.

Rockabilly Bands and Music Still Rock Fans Around the World

One of the earliest styles of rock and roll, rockabilly first came to light in the 1950s, enjoyed a revival in the 1970s, and continues to enjoy a passionate following from fans to the present day. Rockabilly fashions and hairstyles can be found in various clubs and bars around the world, not to mention at rockabilly festivals and fan clubs.

With a name cobbled together from Rock n Roll and Hillbilly, rockabilly is often described as a blend of Country Music and Rhythm and Blues, with Carl Perkins, quoted as saying “country music is the rock of rockabilly.”

Carl Perkins grew up in Lake County, Tennessee, where he started playing the guitar his father had made from a cigar box, broomstick and baling wire at age seven. Legend has it that Perkins wrote his biggest hit on the side of a potato sack after someone told his prom date not to step on his blue suede shoes.

While Elvis Presley’s Blue Suede Shoes may be better known, Carl Perkins recorded the first version of the song, which sold over 2 million copies and also went to number one. Some of his other well-known tracks include “Dixie Fried” and “Everybody’s Trying to Be My Baby,” which was later covered by the Beatles.

Perkins was inducted into the Rock and Roll Hall of Fame in 1987, and has been credited with influencing performers including Elvis and The Beatles. When he passed away in 1998, aged 65, George Harrison, Jerry Lee Lewis, Garth Brooks, Wynonna Judd and many more were among fans who packed a University auditorium in Jackson to say goodbye, while Elton John, Eric Clapton, Paul McCartney and Bob Dylan sent tributes.

The International Rockabilly Hall of Fame and Museum in Jackson features films, audiotapes, rare memorabilia, and photographs to give an insight into the birth of Rockabilly music. Films such as Wanda Jackson talking about Carl Perkins and her tours with Elvis, and Maria Elena Holly speaking about her life Buddy Holly, are popular with visitors.

The Hall of Fame is found at 105 North Church Street, Jackson, and is open between 10am and 4pm Monday to Friday, and on Saturdays between 10am and 2pm. It also opens Monday nights to offer line-dancing lessons, and on Fridays for people who would like to enjoy a tour while listening to live music.

For tickets, visit the International Rockabilly Hall of Fame and Museum’s official website. The Museum will open its doors out of hours for group bookings.

Rockabilly Festival in Jackson Attracts Fans From Around the World

Every August, the Rockabilly experience is turned up a notch in Jackson, Tennessee, as the historic center celebrates the annual International Rockabilly Festival. There are a number of concerts on offer throughout the three-day festival, along with rockabilly arts and crafts markets and a celebrity golf tournament.

Jackson’s other great musical genre, the blues, also has its own festival. The Shannon Street Blues and Heritage Festival is held each June to celebrate the town’s musical legacy.

The Jackson Convention and Visitors Bureau’s official website lists the dates for each year’s festival, as well as providing information on other things to see and do when in the Rockabilly capital of the world