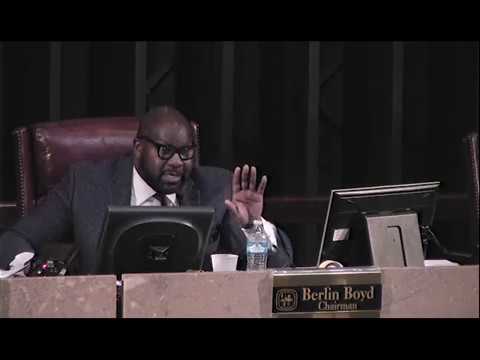 SUBSCRIBE TO OUR YOUTUBE CHANNEL. YOU DON’T GET THIS ON CORPORATE MEDIA. It was a contentious meeting, but Memphis City Council Chairman Berlin Boyd said, ‘Just like Yo Momma, how about that?’ in response to a frustrated citizen who shouted out that Council proceedings were a “shit show” and Boyd was “an embarrassment.” Boyd directed police to escort the citizen out of City Hall…and later one other citizen. Boyd has shown that when citizens challenge him, he does not hesitate to direct the sergeant-at-arms to eject them. #WatchTheWatchers