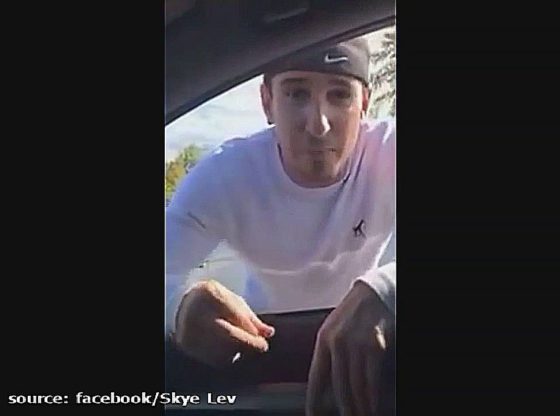 A racist white man and Donald Trump supporter after, claiming to being cut off on the roadway by a black motorist, goes off on a racist rant.