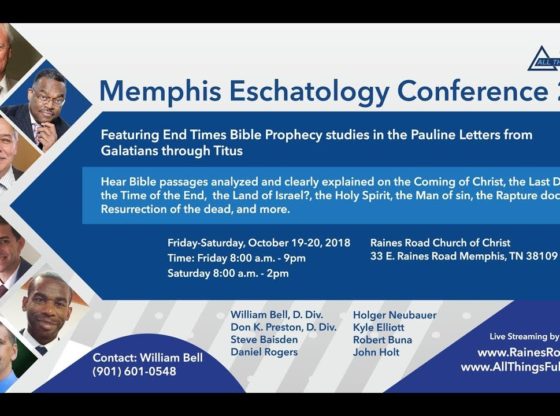 Welcome to the Raines Rd. Church of Christ 2018 Eschatology Conference in Memphis, TN! This conference is taking place on 10.19.2018–10.20.2018. Please consider donating to support the work here and the conference speakers and presenters. Donations can be made at https://paypal.me/rrcoc