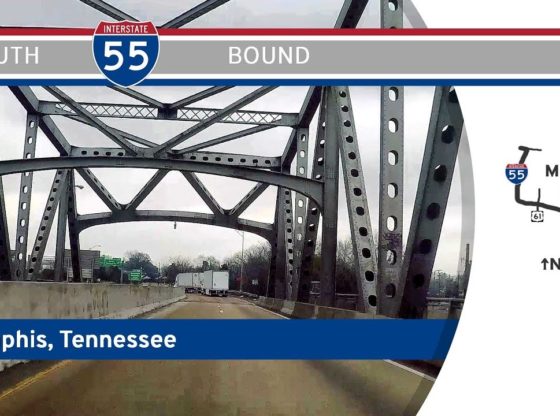 We start the video having just entered Tennessee on the Memphis-Arkansas bridge on I-55. Soon after, we reach the interchange with
Crump Blvd, where we (and I-55) turn south. For those of you who have never been on I-55 in Memphis, it’s really a set of connected short highway segments more than anything — in other words, to stay on I-55, you end up taking several exit ramps. Anyway, continuing south on I-55, we pass the Martin Luther King Jr. Riverside Park before turning eastward.

The remainder of I-55 in Tennessee is pretty straight with a few exits before reaching the Mississippi state line, and the end of the video.