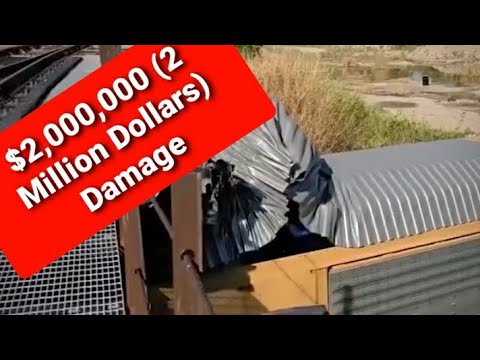 Another train has directly smashed into a truck. Caused around ,000,000 (1 million) dollars of damage.