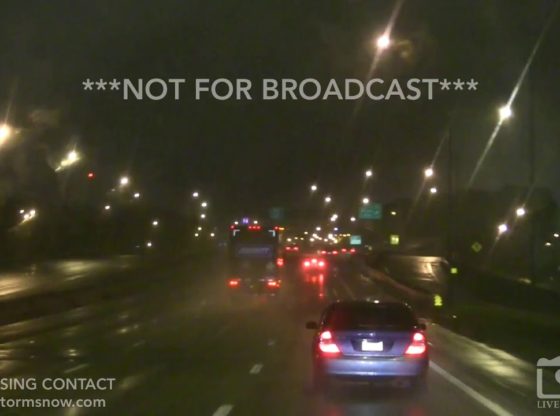 Rain continues on the streets of Memphis and along the I-240 corridor causing slick travel. A few thousand feet off of the surface the precipitation changes to snow.

– Downtown Memphis area lights with rain and wind
– Flag blowing in the wind
– I-240 area displaying wet travel conditions sign
– Vehicles along the corridor with wet roads.
– Snow aloft from my flight landing in Memphis around 10PM CT.