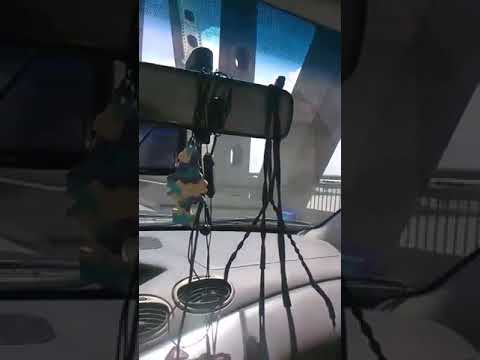 my husband driving across the Memphis Tn. bridge