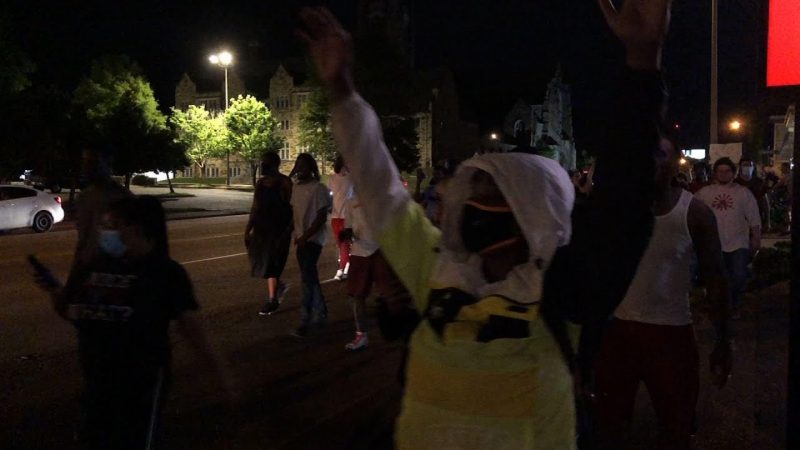 Protesters take to the streets of Memphis to speak out about the death of George Floyd who died after a confrontation with a white police officer in Minnesota. (May 28)