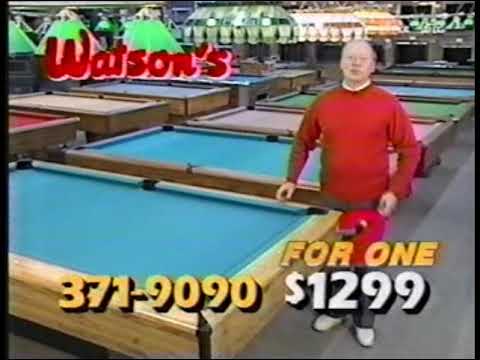 From 1991, here is a commercial for the midwestern furniture business Watson’s from Memphis, TN. All copyrights acknowledged. Of note is the background music, which was written as a news theme for KTBS-TV, the ABC affiliate in Shreveport, LA, by Skeet’s Music in 1984. Watson’s used the news theme throughout the 90s.