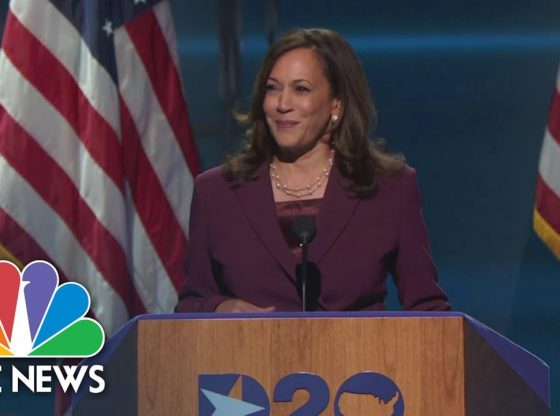 Watch as Sen. Kamala Harris speaks at the 2020 Democratic National Convention to accept the nomination as Vice President. She reflected on how influential her mother was and what Joe Biden and her can accomplish together.
» Subscribe to NBC News: http://nbcnews.to/SubscribeToNBC
» Watch more NBC video: http://bit.ly/MoreNBCNews