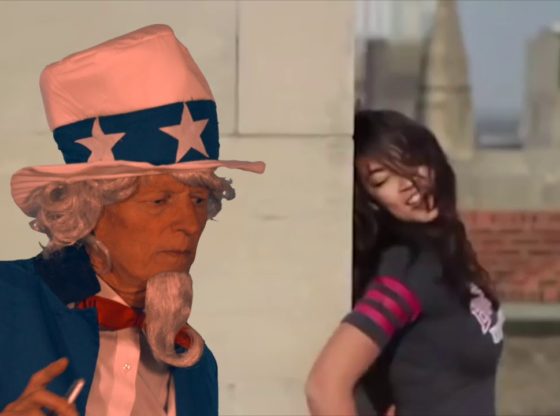 Lyrics and music performance by The Freedom Toast: https://www.youtube.com/thefreedomtoast

To become a Patron of Parody Project please visit our Patreon Page:
https://www.patreon.com/bePatron?u=8527316

LYRICS for WASHINGTON D.C.
by The Freedom Toast

Long Distance Information, get me Washington, D.C.
I’ve heard that there is someone there who kept his sanity.
He cares about the public and wants to help the poor.
It’s clear that he is not debating on the Senate floor.

Oh, help me information, ‘cause my President’s gone mad.
He opposes education, and thinks that counting votes is bad,
This man has no opinion, no convictions, and no views.
He just repeats what he heard last night watching Breitbart “News.”

Oh, help me, Information, ‘cause my government’s gone nuts.
There’s lots of foot-in-mouth disease, but no one has got guts.
So many say, “no taxes,” and the words come with such ease,
But none of them comes from a state where money grows on trees.

So, help me, Information, you’re my last and only hope.
I do not need more coal mines, or cruise missiles or the Pope.
I’m only getting Russian news, incompetence, and tea,
Please tell me that’s not all that’s left in Washington, D.C.!

Please, tell me they’re not all insane.
Ah, give me a break, man!
What’s wrong with you?
At least, every now and then, try to speak a little truth!
Are ya’ll all crazy?
There must be somebody up there with a little bit of sense.
Oh, I think he already left the White House.
I’ve seen some B.S. in my life, but this takes the cake!
I thought I’d seen it all . . .

ABOUT THE SOURCE MATERIAL
“Memphis, Tennessee”, sometimes called just “Memphis”, is a song by Chuck Berry, first released in 1959. In the UK, the song charted at #6 in 1963; at the same time, Decca Records issued a cover version in the UK by Dave Berry and the Cruisers, which also became a UK Top 20 hit single. Johnny Rivers’ version of the song was a number two US hit in 1964.

In the song the narrator is speaking to a long-distance operator, trying to find out the number of a girl named Marie, who lives in Memphis, Tennessee, “on the southside, high upon a ridge, just a half a mile from the Mississippi bridge.” The narrator offers little information to the operator at first, only that he misses Marie and that they were separated by Marie’s mother. The final verse reveals that Marie is, in fact, the narrator’s six-year-old daughter; her mother, presumably the narrator’s ex-wife, left their home and took Marie with her.

Chuck Berry later composed a sequel, “Little Marie”, which appeared in 1964 as a single and on the album St. Louis to Liverpool.

The Beatles first performed “Memphis” for their failed Decca audition on January 1, 1962, with Pete Best on drums.

MEMPHIS | A Taste of Rock & Roll and BBQ!
15-year-old from Memphis missing for almost four weeks