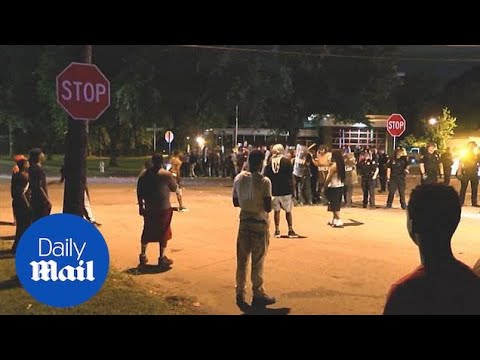 At least 25 police officers have been injured after rioting erupted in the streets of a working-class Memphis neighborhood when a 21-year-old black man was shot dead by U.S. Marshals in his family’s front yard.  The violent clashes broke out after Brandon Webber was shot and killed by officers on Wednesday as they tried to arrest him for outstanding felony warrants outside his home in Frayser in North Memphis.  The Tennessee Bureau of Investigations said officers went to the home to look for Webber who had outstanding with felony warrants. Officers said they saw Webber get into a vehicle and that he then proceed to ram task force vehicles several times before exiting with a weapon. Marshals then opened fire on Webber. He died at the scene, according to officers.