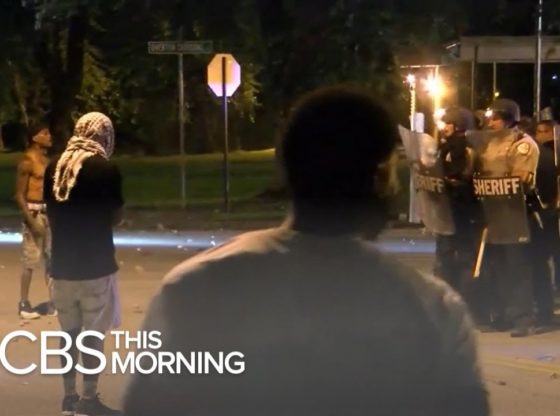 A tense standoff between police and residents of a Tennessee neighborhood turned violent overnight after a deadly shooting involving law enforcement. Dozens of protesters took to the streets of Memphis throwing rocks and bricks, injuring at least two dozen officers. The protests started after U.S. marshals shot and killed a man earlier that night. Investigators say the man resisted arrest, and pulled out a weapon.