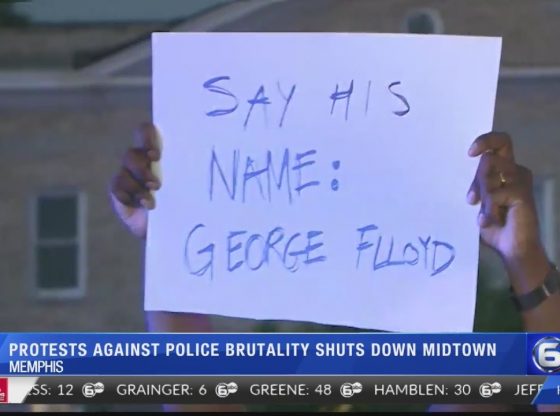 Police blocked a main thoroughfare in Memphis, Tennessee, after protesters gathered outside a police precinct to voice their anger at the death of a handcuffed black man during a confrontation with a white officer in Minnesota.