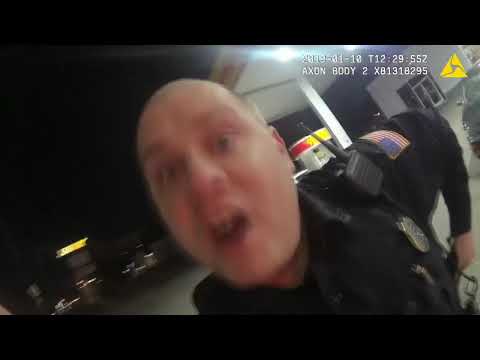 Bodycam footage of former Memphis Police Department Officer William Skelton arriving on scene at a convenience store in Memphis, TN near Lamar and Airways on January 10, 2019. According to the police report, Skelton was responding to a call about a suspect in the store had causing a disruption and knocking over items. The suspect’s name was Drew Thomas. Thomas had been banned from the store previously because of prior incidents.
Internal Affairs charged Officer Skelton with Excessive Force. He resigned from the department just a week before his hearing. Full Story: https://www.localmemphis.com/article/news/crime/memphis-police-officer-pepper-sprays-suspect-in-police-car-bodycam-video/522-446424fc-b6ff-4aed-9eeb-96aa12546a0e