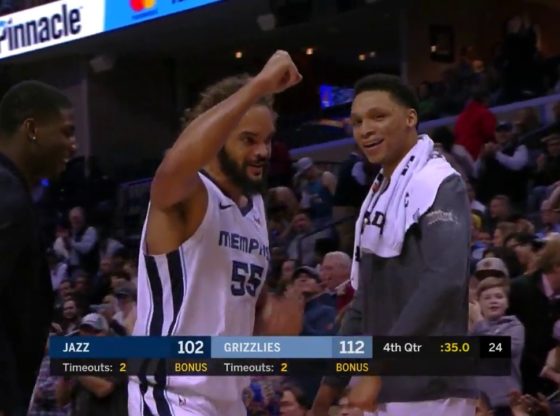 Joakim Noah’s hard work was rewarded with a standing ovation in Memphis. Safe to say, Grind City has found a new fan favorite.

More info on Joakim Noah Gets Standing Ovation In Memphis