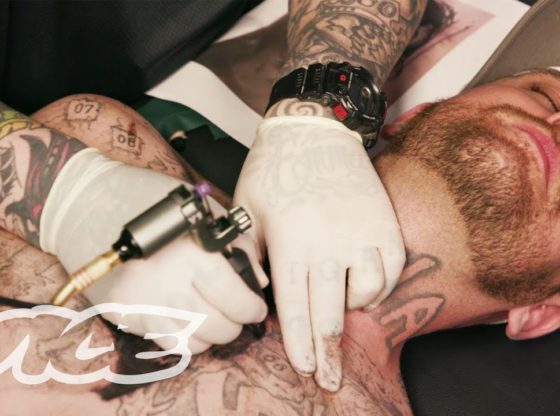 Romey Muns is a former member of the Aryan Brotherhood, a white supremacist group, who is trying to start a new life and leave his racist past behind him.

He has driven over 6 hours to Memphis, TN to get the tattoo of Hitler on his chest covered up for free as part of the Erasing the Hate Campaign.

About VICE:
The Definitive Guide To Enlightening Information. From every corner of the planet, our immersive, caustic, ground-breaking and often bizarre stories have changed the way people think about culture, crime, art, parties, fashion, protest, the internet and other subjects that don’t even have names yet. Browse the growing library and discover corners of the world you never knew existed. Welcome to VICE.

More info on Covering Up Racist Tattoos: Erasing the Hate