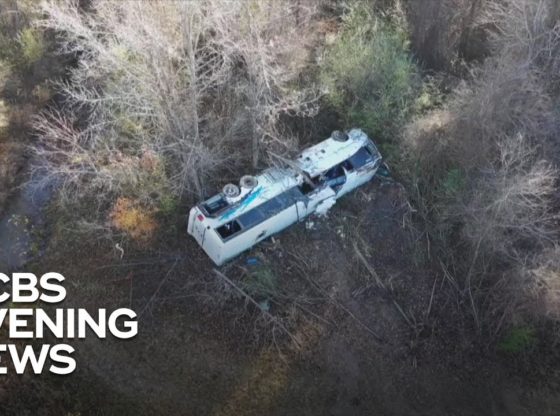 One child was killed and 45 people were hurt when a charter bus ran off an interstate near Little Rock, Arkansas. The bus was carrying a youth football team home from a championship game. CBS News correspondent Omar Villafranca reports.

Get new episodes of shows you love across devices the next day, stream local news live, and watch full seasons of CBS fan favorites anytime, anywhere with CBS All Access. Try it free! http://bit.ly/1OQA29B