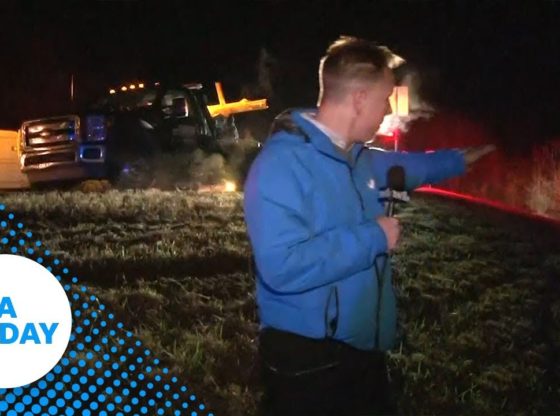 One child was killed and 40 people were injured as a bus carrying a youth football team from Tennessee crashed in Saline County, Arkansas.

The Orange Mound team was returning to Memphis from Texas where they had just played in a championship game in Dallas.

Children on the bus were 8 to 12 years old, according to FOX13 Memphis.

According to Arkansas State Police, the accident happened around 2:40 a.m. along I-30, west of Benton, Arkansas.

The state police also say that the injured are being transported to hospitals around the Benton and Little Rock, Arkansas, areas.

What is going on in Memphis?
Salad challenge With hubby …