BREAKING News Out Of TENNESSEE 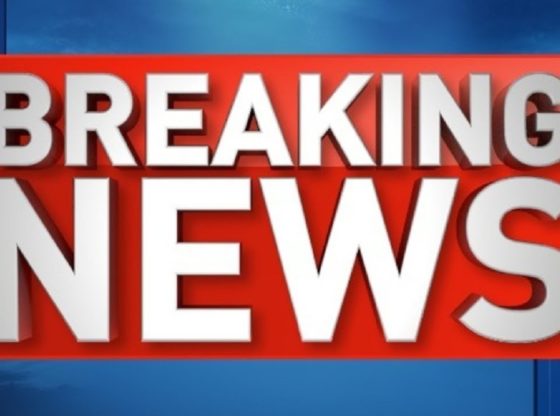 BREAKING News Out Of TENNESSEE

Memphis, TN –19 individuals have been indicted and arrested on various federal drug and firearms violations, including seven documented gang members. U.S. Attorney D. Michael Dunavant announced the indictments and arrests today.
On Thursday, November 29, 2018, Project Safe Neighborhoods Task Force (PSN), which is comprised of agents and representatives from the U.S. Attorney’s Office, Memphis Police Department, Shelby County Sheriff’s Office, Shelby County District Attorney’s Office, and the Bureau of Alcohol, Tobacco, Firearms and Explosives (ATF), assisted by the United States Marshals’ Service (USMS), conducted a PSN Outstanding Federal Fugitives End of the Year Round-up known as “Operation Gun Done.”
During the months of October and November of this year, the PSN Task Force conducted the investigative operation which focused on convicted felons and other prohibited persons in possession or use of firearms in Memphis and Shelby County. Many of these targets also committed other state and federal violations.
During the two month investigation, 19 defendants were federally indicted and arrested during the recent fugitive roundup. Federal charges on these defendants include:
• Possession of a firearm or ammunition by a convicted felon
• Possession of a firearm by a person convicted of a misdemeanor crime of domestic violence
• Carrying or use of a firearm during a crime of violence or a drug trafficking offense
• Unlawful manufacture, possession, or distribution of a controlled substance
• Unlawful shipment, transfer, or receipt of a firearm by a convicted felon
Of the 19 defendants indicted and arrested, 7 of them are identified gang members affiliated with the Gangster Disciples, the Grape Street Crips, and the Vice Lords.
U.S. Attorney D. Michael Dunavant said, “Project Safe Neighborhoods (PSN) is a proven violent crime reduction strategy that works, and is now reinvigorated with additional resources and commitment from our law enforcement partners. Since October 2017, the U.S. Attorney’s Office has increased the number of federal firearms cases filed by over 58 percent, and the number of defendants charged with firearms offenses has increased over 68 percent. These efforts provide targeted prosecution of the worst-of-the-worst offenders to enhance public safety in Memphis and West Tennessee by removing guns from the hands of dangerous people and removing violent offenders from our communities. Reported gun crimes in Memphis and Shelby County are down 17% over the first 3 quarters of 2018, including the categories of murder, business robberies, and aggravated assaults. Putting the right people in prison incapacitates the most violent offenders, upholds the rule of law, deters criminal conduct with a strong message of significant consequences, and makes us all safer.”
For more than a decade, law enforcement agencies within the Memphis metropolitan area have, and continue to utilize a crime prevention initiative to target gun crimes in Shelby County. The Project Safe Neighborhoods initiative is the flagship violent crime reduction strategy of the United States Department of Justice (DOJ), and was launched in 2001 to bolster the nation’s previously existing gun crime reduction efforts. PSN was reinvigorated in 2017 as part of the Department’s renewed focus on targeting violent criminals, directing all U.S. Attorney’s Offices to work in partnership with federal, state, local and tribal law enforcement and the local community to develop effective, locally based strategies to reduce violent crime.
If convicted on firearms charges, the defendants face possible sentences of up to 15 years in federal prison.
The charges and allegations in the indictments are merely accusations, and each of the defendants are considered innocent unless and until proven guilty.
U.S. Attorney’s Office
Western District of Tennessee
WE WANT TO THANK ALL THE BRAVE MEN AND WOMEN WHO HAVE DEDICATED THEIR LIVES TO KEEPING OUR COUNTRY SAFE.
GOD BLESS AMERICA!

Copyright Disclaimer: Citation of articles and authors in this report does not imply ownership. Works and images presented here fall under Fair Use Section 107 and are used for commentary on globally significant newsworthy events. Under Section 107 of the Copyright Act 1976, allowance is made for fair use for purposes such as criticism, comment, news reporting, teaching, scholarship, and research.

Community Guidelines Disclaimer: The points of view and purpose of this video is not to bully or harass anybody, but rather share that opinion and thoughts with other like-minded individuals curious about the subject.

More info on BREAKING News Out Of TENNESSEE