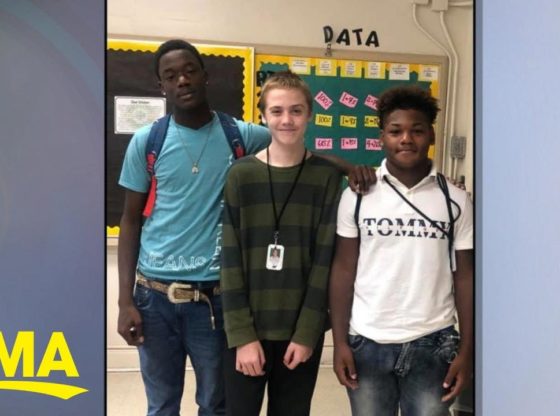 After the student was laughed at for wearing the same clothes to school several days in a row, the players took it upon themselves to give him clothes and shoes.