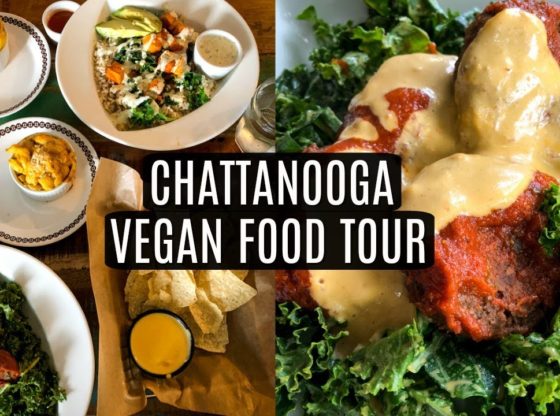 Chattanooga, TN is a hidden vegan mecca! Watch to see what kind of incredible vegan food we found.

Like what we’re doing? Hit that subscribe button and the little bell icon to see all of our videos as we release them!

We are Hayden and Aaron Hall, 2 vegans, traveling the US in an RV with our 5 cats, a dog, and a silkie chicken named Brienne of Tarth. We sold everything we owned and hit the road with the goals of visiting every state, every National Park and eating amazing vegan food along the way. We’re so excited to have you along for the journey!

Want more Vegan Voyagers? Follow us on our other social media to get more insight as to what goes on in our daily lives!

Where Should Memphis Put Our Bike Share Stations?
A Guide To Going Out On Thanksgiving In Memphis