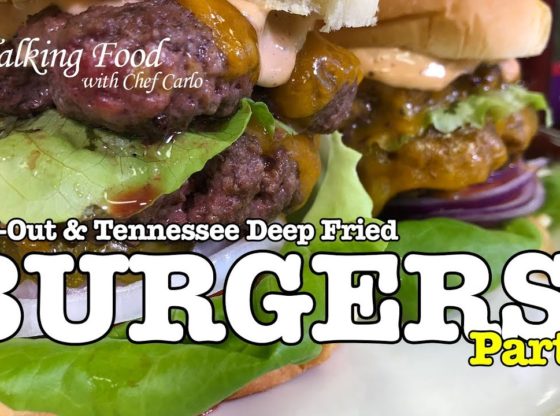 Chef Carlo and Drew jump back into that great American delicacy, the hamburger! Today they make a Tennessee Deep Fried burger (Dyer’s Burgers, Memphis, Tenn.) and then take their hunger to the west coast … making the Chef Q version of the In-N-Out Double Double Animal (Chef Q’s version of the sauce recipe below!).

Talking Food with Chef Carlo airs LIVE each Tuesday at 10am on youtube.com/nashcomcollege and facebook.com/studio67ncc