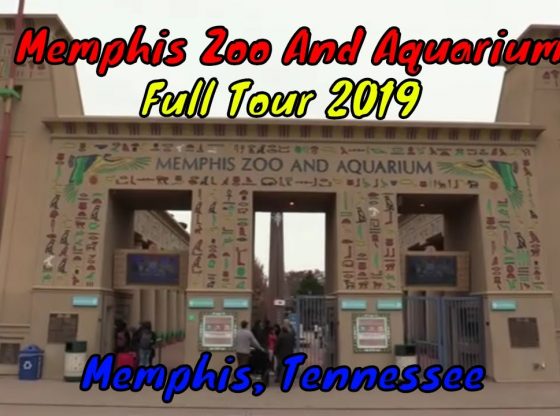 The Memphis Zoo, located in Midtown, Memphis, Tennessee, United States, is home to more than 3,500 animals representing over 500 different species. Created in April 1906, the zoo has been a major tenant of Overton Park for more than 100 years. The land currently designated to the Memphis Zoo was defined by the Overton Park master plan in 1888, it is owned by the City of Memphis. The zoo is set on 76 acres (31 ha), of which approximately 55 acres (22 ha) are developed.

Since the early 1990s, the Memphis Zoo has invested over million for renovation and expansion. The zoo’s animal inhabitants reside in three zones with 19 exhibits, such as Teton Trek, Northwest Passage and China, home to giant pandas Ya Ya and Le Le

The Memphis Zoo is an accredited member of the Association of Zoos and Aquariums (AZA).

Exhibits:
The zoo hosts modern exhibits that mimic the animals’ natural habitats, such as Once Upon A Farm, Cat Country, Primate Canyon, Dragon’s Lair, Animals of the Night, Tropical Bird House, Herpetarium, Aquarium, African Veldt, Zambezi River Hippo Camp, China, Northwest Passage, and Teton Trek. Viewing all the exhibits requires a walk of about 2 miles (3.2 km). Operating seasonally, trams provide visitors with guided tours of exhibits for a small daily fee; the trams are also useful for shuttling visitors between distant exhibits. Other attractions at the zoo include a carousel, an area with rides, a miniature train offering a scenic view of the Once Upon A Farm exhibit, and several theme-oriented gift shops and eateries; many of these amenities operate seasonally. A children’s playground is located next to the Cat House Cafe, and several family picnic areas are maintained beneath groves of mature trees. An ice skating rink is operated seasonally at the zoo; the tented rink has an area of 5,400 square feet for skating. Camel rides and giraffe feeding are offered from March to October 2012 for a fee.

The zoo is divided into three zones that showcase a total of 19 different exhibits.

Landscaping plays a key role in each of the zoo’s three zones, both within exhibits and along the interconnecting trails.[23] Water features, such as ponds, waterfalls, fountains, and streams, are dominant elements of the overall design, in addition to artificial rock formations which blend into the containment walls of the animals’ enclosures. Other key elements of the landscaping are a diverse mix of trees, shrubs, and seasonal herbaceous plants.