MEMPHIS | A Taste of Rock & Roll and BBQ!

Home /Memphis Food/MEMPHIS | A Taste of Rock & Roll and BBQ! 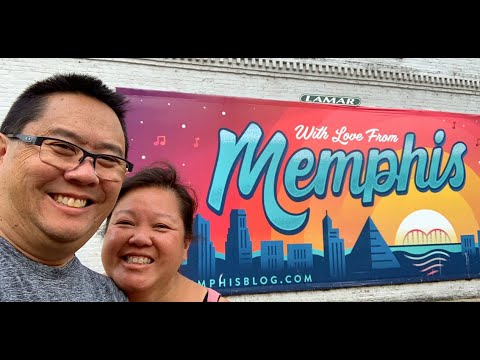 Sorry for the one pop-up ad, we got hit for another music copyright violation. lol

Our first trip to Memphis, TN! We only have one day to explore and eat our way through Memphis.

We explored Beale Street first thing in the morning to get some video content without the crowds.

Next stop… Graceland! We signed up for a tour of Elvis Presley’s home, cars, cars, and collection of gold records.

For lunch, we stopped at the highly rated bbq joint in Memphis, Central BBQ in Downtown. Pork ribs and the pulled pork nachos were on point!

Directly across the street from Central BBQ, is the Lorraine Hotel, part of the National Civil Rights Museum. Unfortunately, the museum is closed on Tuesdays.

Did you know there’s a huge Bass Pro Shop here in Downtown with a hotel connected to it? The Big Cypress Lodge! It’s a one-stop stay, shop, and dine experience.

Dinner time! After a short drive, we arrived at Gus’s World Famous Fried Chicken. It’s all about their Hot & Spicy fried chicken here!

Back on Beale Street to check out the night scene. For a late night snack, we had to try a Dyer’s burger which is deep fried in 107 year old grease!

Thank you Memphis for a great time!

Check out our Instagram for more pics from our adventures! lewhoo220 and tacobill35.
Also check out our Facebook page under Bill & Lisa’s Travel Page for a preview on where we are before the vlog comes out.

More info on MEMPHIS | A Taste of Rock & Roll and BBQ!