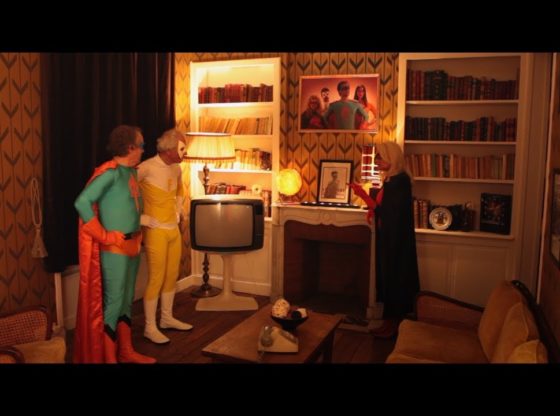 Now in their 70s, Captain Justice and his team of superheroes have become superannuated, living as pensioners in the city of Cosmopolis. When an old foe they thought they vanquished some 30 years ago returns, the old gang gets out the capes and masks to prove that titanium hips and bad backs won’t get in the way of saving the day!

For fans of The Incredibles and Going in Style