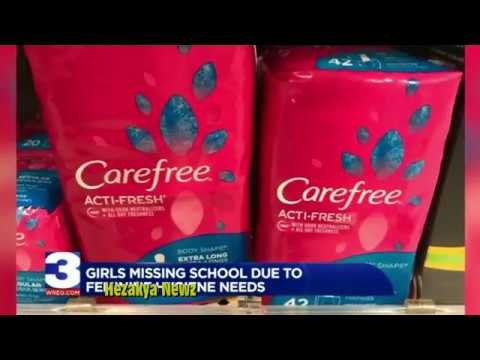 MEMPHIS, Tenn. — School officials across Tennessee studied girls missing school and found out many are dealing with their periods. Shelby County School officials said it’s happening in Memphis too.
Jaiden Nicholes, 11, says she noticed her best friend wasn’t at school recently, so she sent her a text.

“She say it was cause she was on her period and didn’t wanna get embarrassed,” the Ida B. Wells Academy student said.

Her grandmother Denise Whitney, who raised eight girls, knows it can be a struggle.

“You penny pinch, but being with all these kids in their lives and a soundproof parent, I do what I have to do,” Whitney said.

“It wasn’t a whisper — it was a scream,” Phillips said. “Many times, girls stay home because they don’t have the proper feminine products and it directly inhibits their ability to come to school during that time.”

That’s why the district is organizing its first-ever “necessity drive” at the Chick-fil-A on Union Avenue Sept. 14. They’re looking for donations of feminine hygiene products, as well as other things like deodorant, socks, soap and underwear.

“You have young ladies getting their menstrual cycles as early as eight years old. So we want to make sure they’re well-informed in making sure we are equipping them with what they need because they may not know,” Phillips said.

District officials said they want to stock the female hygiene products in every school.

Jaiden and her grandmother both thought it’s a good idea.

“I really think that’s the best choice because it’s embarrassing when you don’t have pads,” Jaiden said.

“Every child can’t get up and say, ‘Well I’m hungry, let me go in here and find something to eat,’ just as well as every female child wakes up and ‘I’m on my cycle, I don’t have pads. What am I to do?’” Whitney said.

She hoped the collection could be a small part of the answer.

The drive is taking place from 5 to 7 p.m. Sept. 14 at the Chick-Fil-A on Union Avenue. The University of Memphis Kappa Alpha Psi fraternity is sponsoring the event.