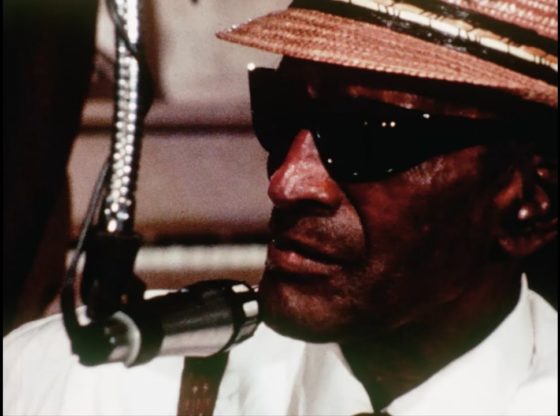 In June of 1969, the fourth Memphis Country Blues Festival took place at the city’s famed Overton Park Band Shell. Fueled by the rediscovery of blues artists like Furry Lewis and Mississippi Fred McDowell, the fest had been launched in 1966 by a group of Bluff City blues fans and counterculturalists.

The ‘69 edition – which doubled as a celebration of Memphis’ sesquicentennial — promised the event’s biggest and most ambitious lineup, one that included ancient blues masters like Sleepy John Estes and Nathan Beauregard, as well as Stax Records stalwarts the Bar-Kays and Rufus Thomas, and rockers like Johnny Winter and Moloch. Also on hand was a camera crew documenting the three days and two nights of this epochal concert event — that luminous, previously unseen color footage that was unearthed after almost 50 years is the foundation of this new film, Memphis ’69.