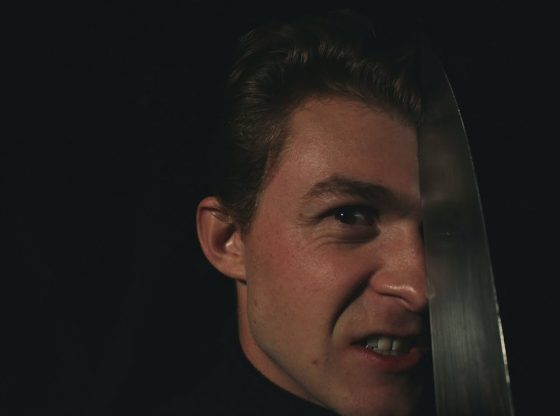 Wyatt is a cognitive therapist who seeks revenge of his coworker Thomas for ruining his streak of “California’s Best Cognitive Therapist.” After Wyatt murders him and his friends at a celebration get-together for Thomas’s award, he soon comes to realize his patient Emily is a relative of one of the victims. His world seems to come collapsing down as he’s getting closer and closer to being caught. He can either turn himself in, run away, or do the unspeakable.

More info on Dismay Of A Cutthroat (Student Short Film)