BIZARRE Memphis Man Accused Of Trying To LURE Kids Into HEARSE While TOUCHING HIMSELF! 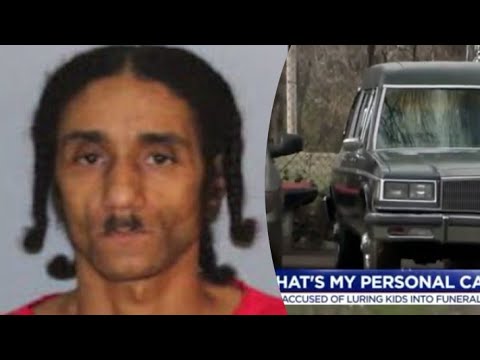 2018 THROWBACK: MEMPHIS, Tenn. — A Memphis man was released on 0 bond after trying to lure children into a funeral home hearse and touching himself while surrounded by several kids Sunday, police said.

According to police, dispatch received a call stating a man was trying to lure multiple kids into a black hearse at the Pendleton Place Apartments in Orange Mound Sunday afternoon.

Officers pulled over the suspect, Jerome Powell, but released him for lack of evidence.

Several minutes later, another set of officers were requested just around the corner on Kimball Avenue. There, a woman said she was taking out the trash when she noticed the same suspect playing with himself. The police report stated that at the time the man was “surrounded by several kids.”

Powell was eventually taken into custody at Tiger Lane and East Parkway and charged with indecent exposure.

Antonio Bledsoe says he was at the Pendleton Place Apartments on Sunday when Powell drove up in an unusual but legitimate-looking vehicle — a funeral hearse with a company name on the side.

He did not remember the company name.

Kids surrounded him immediately. He reportedly was trying to get kids inside by telling them he had a dead body.

“I seen the feet! He had a dead body,” Bledsoe said. “It was just a few girls. He started talking to them. They heard what he was saying. They huddled up. Then he jumped out with a fake gun and left.”

One of the moms called police, who soon found him a few blocks away in a parking lot on Park Avenue.

But police they didn’t have enough evidence and let him go.

“The kids didn’t explain to the officers what happened. I don’t think they’d let him go if they know he tried to take them in the car,” Bledsoe said.

A short time later they got another call about the same man in the funeral car, exposing himself to children.

“It’s sickening, this is the world we living in. We can’t protect our kids cause we get predators out here,” said Shun Parker, who lives in the complex.

Police took him in to custody at that time, but again it didn’t stick. The Shelby County Jail system showed he paid an 0 bond and was released by 12:30 p.m. Monday.

More info on BIZARRE Memphis Man Accused Of Trying To LURE Kids Into HEARSE While TOUCHING HIMSELF!