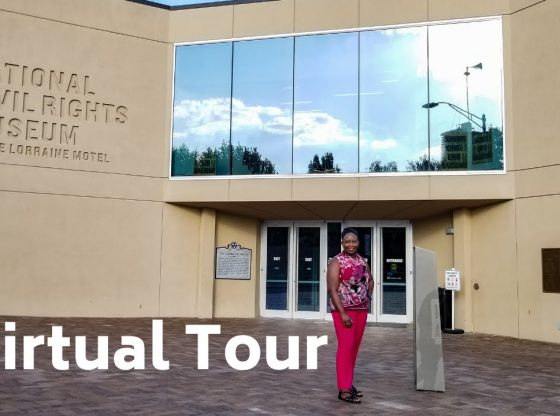 Elvis Presley's Graceland may be the best-known tourist attraction in Memphis, Tennessee, but the National Civil Rights Museum is the most powerful.

Built around the Lorraine Motel where Dr. King was assassinated, the National Civil Rights Museum takes visitors on a chronological journey through key episodes in the American civil rights movement.

The exhibits walk visitors through the struggle for civil rights from slavery to the assassination of Dr. King in 1968 and beyond. Visitors are taken through a series of audiovisual and interactive displays, which explain some of the most important moments in civil rights history in a way that captures the imagination and leaves a lasting impression.

Interactive sections of the museum include boarding an old bus and being told to sit at the back as African Americans were forced to do during segregation. Visitors can also take in replicas of the Edmund Pettus Bridge in Selma, Alabama, the site of the infamous “Bloody Sunday” conflict in 1965, and Dr King's Birmingham jail cell. From there the walk along the civil rights timeline ends with Dr King’s final hours.

Audio and video recordings of people talking about Dr King’s final night at the Mason Temple on April 3rd, and clips of his “I’ve been to the mountaintop” address, send shivers down the spine and give visitors an incredible insight into that historic night.

Visitors are then able to look into Room 306 at the Lorraine Motel, which looks just as it did the day Dr King was murdered. Dr King stayed in Room 306 so often it was known as the 'King-Abernathy suite’.

Reverend Ralph Abernathy was a close friend and colleague of Dr. King’s who was present at the assassination. It was while he was standing on the Lorraine Motel’s second-floor balcony that Dr King was shot, at 6:01 p.m. April 4, 1968.

The Lorraine Motel remained open following Dr King’s assassination but plunged into a long and steep decline. The motel’s owner, Walter Lane Bailey, kept two rooms – Room 306 and Room 307 – as a shrine to Dr King. Amid fears the historic site would be destroyed, a group of prominent Memphis citizens banded together to buy the site and in 1991 the National Civil Rights Museum was officially opened to the public.

In 2001 the museum expanded to include the former rooming house across the road, where James Earl Ray fired the shots that killed Dr King. The tour ends with visitors standing at the window where the fatal shots were fired from, looking down to the Lorraine Hotel and the spot where Dr King was killed.

The Protester at the National Civil Rights Museum

Millions of tourists have been intrigued by the protester on the sidewalk in front of the National Civil Rights Museum.

The protester’s name is Jacqueline Smith and she was the Lorraine Motel’s last resident. Smith moved into the motel in 1973, barricaded herself in her room and had to be evicted.

She has protested the museum since ground was broken in 1987, and since 1988 has maintained a protest vigil nearly 21 hours a day. Museum spokespeople say she has never been inside.

The museum is located in downtown Memphis at 450 Mulberry Street. The museum's website has directions to the National Civil Rights Museum.

The National Civil Rights Museum is closed on Tuesdays.

It is open from 9am to 5pm Monday to Saturday and 1pm to 5pm Sunday in winter.

It is open from 9am to 6pm Monday to Saturday and 1pm to 6pm Sunday in summer.

Tennessee state residents with identification can visit for free on Mondays between 3pm and 5pm. This does not apply to tour groups and operators and is not valid during holidays and special events.

While in Memphis, visitors may also want to visit Graceland, Sun Studio, watch the Peabody Hotel Ducks march down the red carpet and soak up the atmosphere in Beale Street.