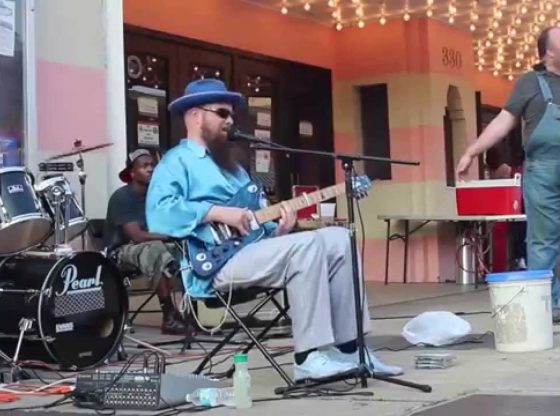 Places to Let Loose While in Memphis

Memphis, Tennessee is a great city to visit, grab a drink in, and enjoy some great varieties of country music.

Memphis, Tennessee is considered to be one of several music meccas within the United States. Memphis is created as being the founding locations for several music genres including Gospel, Blues, Rock n' Roll, Crunk, Buck, and the "sharecropper" sub-genre of country music. With such a diverse musical background, Memphis is also home to a variety of music clubs and bars, including those dedicated to country music.

There are many bars and clubs in Memphis, and here are just a few. Some just play country music while others host live bands that come in on certain nights to entertain. Be sure to check before going done to make sure there is a show on the night that is being planned for.

The Hi-Tone Cafe plays a variety of music, which includes live country music. It produces over 300 live shows a year and offers its patrons a lively Memphis nightlife. Memphis.com describes the Hi-Tome Cafe as having a vibe more like a music festival than an establishment. Such a suggestion would make any music goer want to spend some time at the Hi-Tone Cafe – music festivals are often crazy, but fun.

The Strand Music Hall was once a movie theater but has since been converted into a live-music hall. It is now the home of Billy Owen's All American Band and the Country Music Showcase. There is a small dance floor just before the stage for patrons to line-dance on and move to the lively country music. For those who do no wish to dance, but rather listen, booths and tables are available off to the side. It is located just outside of Memphis in Millington, Tennessee. Their facebook page is not updated as much as it once was, but it is where they direct patrons to check out what is going on at the Strand Music Hall.

Rum Boogie Cafe is a bar on the famed Biele Street that plays live blues, country and rock music. Walls are decorated with many signed guitars that include ones from George Thorogood, Stevie Ray Vaughn and Joe Perry. Prices are fair and there is a long menu of drinks to select from. Overall, Rum Boogie Cafe provides a laid back, fun vibe to its patrons while still remaining lively, especially with its music choices.