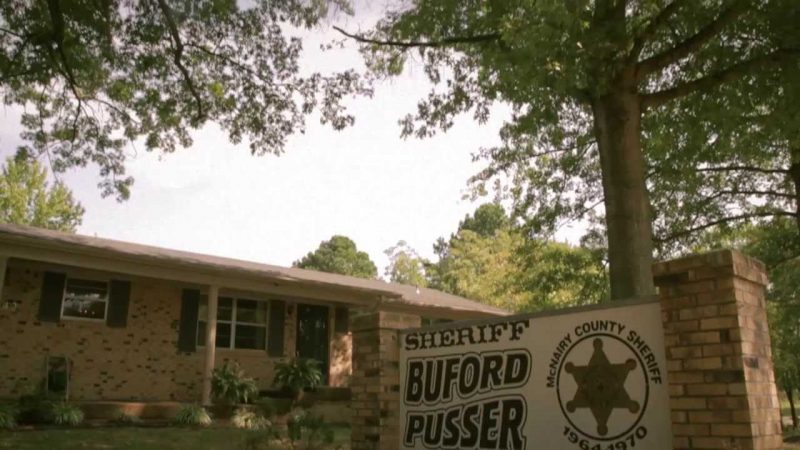 Buford Pusser wrestled and defeated a live bear.  He led a violent but successful campaign against moonshiners, gamblers, prostitutes, and organized crime figures.  His unusual methods of law enforcement earned him notoriety.  He became a local legend for his heroics and at the same time gained him, dangerous enemies.

Buford Pusser, the Man, his Career, and Tragedies

This was the man – BUFORD PUSSER – the man who became the target of many assassination attempts – one of which took the life of his wife and left him emotionally and physically scarred.  The man who eventually became the subject of four “Walking Tall” major motion pictures, including the latest staring big-screen actor “The Rock”, which tell about his intriguing life and tragic death. 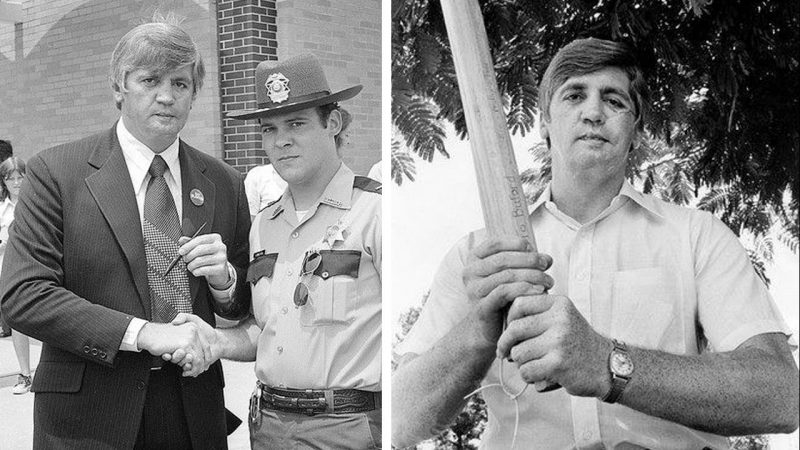 Buford had moved to Chicago late in the summer of 1957, but he began to feel a ‘tug at his heart’ to return to the slower pace of life of McNairy County.  So in 1961, Buford packed up his family, which had grown to include a new baby girl, Dwana, and move back to Adamsville.   His father Carl had been Adamsville’s police chief. Due to medical problems, Carl planned to retire and he encouraged Buford to apply for his position. After a vote from the city board, Buford was made police chief and thus began his law enforcement career.

On August 12, 1967, Buford received a call at 4:30 a.m. about a disturbance at the State Line.  His wife Pauline insisted on accompanying him that morning, but when they reached the New Hope Road, a black car pulled out behind them at the New Hope Church.  Suddenly, the car was beside them and a hail of bullets smashed into the side window. The shots missed Buford but had struck Pauline in the head.  Trying to escape, Buford drove about two miles down the road before he stopped. Thinking that he had lost the assailants, he began to tend to his wife, but the car reappeared and began firing again. Pauline was struck in the head for a second time, and Buford had his jaw shot off.  With the initial shots, Buford sank to the floorboard, a move that probably saved his life.

By the time Buford left his Sheriff’s post in 1970, his career was skyrocketing with WALKING TALL, WALKING TALL: PART II, and WALKING TALL: THE FINAL CHAPTER.  A television documentary called “THE GREAT AMERICAN HERO” and a television series were yet to come.  Thirty years after Buford’s death, “Walking Tall” was remade starring the popular actor and wrestler “The Rock”.

In 1966, Buford was named Outstanding Young Man by the local Jaycees.  In 1970, he was named one of Tennessee’s Outstanding three young men.

Early in the evening of August 20, 1974, Buford attended a press conference in Memphis.  The announcement was made that he would play himself in the movie “Buford”.  It was never to be.  He attended the McNairy County Fair and Livestock Show in Selmer later that evening and signed autographs.  He chatted with his daughter, Dwana, and later passed her and her friends on the way home.  On a long stretch of road between Selmer and Adamsville his corvette veered off the road and crashed into an embankment where it burst into flames.  Among the first to the scene was his daughter, but it was too late.  The man who had accomplished so much in law enforcement was dead.

From 1964 to 1974, a string of violent events had cast him into the world’s spotlight.  Then, as if by a stroke of fate, it was over.  His memory lingers with those who knew him best.  They remember his shyness, politeness, and the strength and vigor with which he administered the law.

He was a true American Hero.

The citizens of McNairy County honor the famous sheriff of their area with an annual Buford Pusser festival.  The four-day event is held over the Memorial Day Holiday Weekend in Adamsville and features a host of family activities and entertainment.
For a current schedule of events call City Hall (731)632-1401 Museum (731)632-4080